Why I Come to Chicago (House)

Today we talk about Ammnesia, the 1989 Mr. Fingers release. 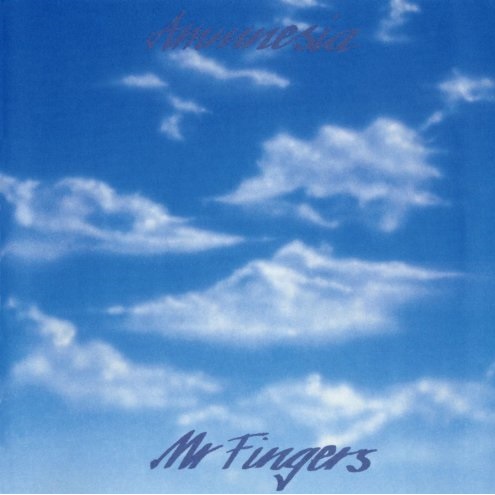 Spanning the length of a supreme 69 minutes, most of the tracks (other than “Beyond the Clouds” and “Mystery of Love”) clock in at approximately 5 minutes which is just long enough for Fingers to reach into our brains, give ’em a quick rub, then release us into the ether of the clouds he’s showcased for us on the sleeve.

The opening track, “Can You Feel It,” is arguably the best on the album. It is serene but jazzy; relaxed but also driving—basicalllllly…everything I come to Chicago House for. “Washing Machine” makes you feel like you are in the midst of a lather-rinse-repeat permanent press load. About 3 minutes into this mindbend, the beat kind of cuts out and all we hear is the “ti-ti-tin-tin-tink-tink” of what I can only imagine is Mr. Heard’s own Kenmore machine reaching its spin cycle.

Roundabout “Slam Dance” and “Stars,” Ammnesia takes us from the laundry room out into space where I have spent the most time with Larry Heard vis-à-vis Sceneries Not Songs Volume One. I looove when shit gets spacey, when we’re dipped temporarily into a galaxy of lights and sounds. But we can’t just lounge in the “Stars” and “Waterfalls” forever can we? No, we can’t. Want to know why? Because side one of disc two on this double LP is begging us—”Let’s Dance All Night” (well okay!). This is in competition with the opener for my favorite track because it is so consistently rad. If I had to pick a weak point on this album, it would be “The Juice.” It doesn’t seem to flow as smoothly with the others (despite the implications of its name). It’s still sick and it’s not like I would CUT it. But if you held a gun to my head and said, “goddamit pick a weak point on Ammnesia!” that would be my pick. The album closes out with “Mystery of Love,” a tremendous 7-minute song that earns its name in spades.

So there you have it, a brief run-down on Ammnesia. What’s YOUR favorite track, I wonder? And, if pressed, which one would you cut??

Thanks for dipping into the Sauce, stay dreamy.